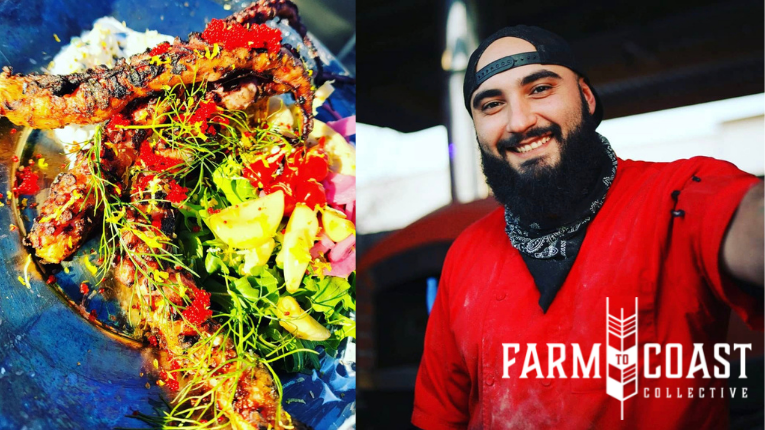 Taverna is a small Greek restaurant. The word is taken from taberna, meaning “shop,” which is derived from the Latin word tabula, meaning “table.” Lithi is a fishing village on the Greek island of Chios in the Mediterranean where Chef Dino Moniodis was raised and it’s a tradition to sit by the beach and order meze, or small plates of savory snacks.

After honing his skills working in family tavernas during years of summer visits to Chios and studying at the SRJC culinary program, Dino has been wowing lovers of Greek cuisine with his Petaluma-based food truckand Greek pizzeria Zimi on Mission in Santa Rosa.

With Taverna Lithi at the Livery on Main, Dino will bring a taste of the Greek Islands to Sebastopol. Meze will be the focus of Taverna Lithi’s menu, including a Greek salad, dip platter with tzatziki, a tasty yogurt and cucumber sauce, hummus, skorthalia, a Greek garlic mashed potato dip, and kalamata olives, all served with freshly made pita bread.

Meet Dino and learn more about Taverna Lithi in a behind-the-scenes video.

Learn more about investing in our restaurant licensees on our Wefunder site.